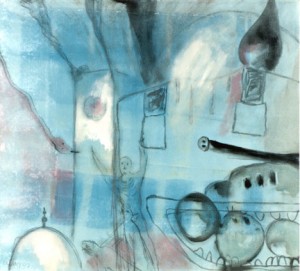 Robert McNamara, once said: ‘I can understand why Israel wanted a nuclear bomb [… ] The existence of Israel has been a question mark in history […] (Hersh, 1991, p.109)’ Some Israeli politicians (Ben Gurion, Peres, Dayan) and scientists (the rarely mentioned Bergmann among others) believed Israel must have a nuclear bomb to ensure survival in the Middle East. Opponents such as Pinhas Labon, who stood for the use of available resources to settle new immigrants in the Galilee, instead of building a nuclear bomb, were pushed aside (ibid, p.109, (sometimes ruthlessly as in the case of Vanunu p.195-207). Around 1961, the Kennedy administration proposed to resettle Palestinian refugees, with the blessing of Arab states (ibid, p.113-115). It was estimated that hardly 100,000 refugees would have opted returning to Israel. But, Ben Gurion rejected the proposal (ibid, p.114). Ben Gurion also rejected any American or International inspections of the Dimona ‘enterprise,’ in spite of opponents’ arguments, that a nuclear Israel would necessarily lead to the proliferation of nuclear arms to other Middle East states (ibid, p. 128). Supporters of the nuclear option believed it alone could deter the Arab threat and bring them to accept peace (ibid, p.136-7).
The debate over building a nuclear ‘enterprise,’ had far reaching consequences on the well-being of the Israeli society. There was a lack of public debate on the ‘enterprise’, hence a breach of democratic principles. There was a diversion of resources from society building to reliance on military might, hence, inequities in resources distribution, as well as, increased militaristic tendencies. Moreover, rather than seeking a peaceful political compromise, reliance on military options was over-weighted, besides thwarting civil society building (ibid, p. 136). The debate even led to a split within the labor movement. Paradoxically, the autocratic Ben Gurion, the leading proponent of the nuclear option, launched a new party, calling for a fundamental reform. i.e., that Israel relies on universal rather than particularistic organizing principles, giving more chances to merit and equality of opportunity (ibid, p. 141). But Ben Gurion’s attempt to regain political power to reform Israel failed. His old labor colleagues, Eshkol, Sapir and Golda, maintained the old and inequitable structures, preventing the desired reform, while slowing somewhat ‘enterprise’ activities, without stopping them. Ben Gurion retired to Sde Boker to write his memoirs; but Peres and Dayan did not, and, they saw to it that the ‘enterprise’ is brought to fruition (ibid, p.179-180).
Dayan and Peres, like most of the leading elite had nothing but contempt for the Arabs. [They were convinced ‘they knew better,’ better than anyone else, including the people who gave them the mandate to represent them, thus disregarding democratic principles.] They were confident they could overcome any Arab challenge using conventional weapons. But they also believed going nuclear was necessary to deter the Soviets from supporting coordinated Arab attacks on Israel (ibid, p.220-221)! But the Arabs could not be so easily dismissed. They made significant gains at the Suez and Golan fronts and posed a significant threat to northern Israel during the October 1973 War, forcing Israel to consider its nuclear option, as well as, use it to extract emergency  assistance from the USA (ibid, p.222-223). Israelis considered using the nuclear option during the Gulf War, when Iraq targeted Tel Aviv with scuds.  But the escalation was prevented by American assurances, as well as, increased military and financial assistance (ibid, p.317-319).
Israel’s nuclear arsenal is now an open secret, according to foreign sources. It remains an option of last resort, should Arab nations pose any significant danger to Israel’s existence; yet, it has never been discussed in the Knesset, being held in the hands of a few leaders, who have always believed they knew better than their citizenry, thus undermining Israel’s democracy.
The Samson Option reads like a suspense tale, yet real and enlightening, in that it demonstrates that lack of respect for democratic principles, may lead a few arrogant leaders to robe their nation of lasting security and peace.

This site uses Akismet to reduce spam. Learn how your comment data is processed.